October 14, 2020
Smog is a kind of air pollution which is mainly the mixture of smoke and fog, responsible for reduced visibility, irritation, allergies, and could have a serious impact on the respiratory and cardiovascular systems of our body. Being harmful to our body and being a potent pollutant, it needs to be treated effectively.
With growing air pollution and to treat smog effectively, few cities have come with buildings that would help reduce air pollution and have a check on it. These buildings are made up of special concrete called “smog-eating concrete” that would neutralize the atmospheric pollutants.

Smog-eating concrete was developed in 2007, by the Italian cement company Italcementi, like a self-cleaning cement that, when mixed to create concrete, would make a self-cleaning concrete. It was only later that Italcementi noticed its pollution-killing quality. This is how they found out: They had topped off a road in Bergamo, Italy with TX Active (The project name for Photocatalytic concrete). The residents soon reported better-smelling air. Italcementi then began to market the cement as an environmentally friendly product.

HOW DOES IT WORK?

A photocatalyst additive called titanium dioxide is added to the cement. This additive in the presence of sunlight gets activated and reacts with the pollutants and neutralizes them into harmless salts. The reaction occurs when smog encounters the building tiles and ultraviolet rays from sunlight. The reaction breaks down the pollutants into less toxic substances such as calcium nitrate, carbon dioxide, and water. Such practical implementation has been observed in some cities.

(A)The spectacular “palazzo Italia” in Milan is a smog-eating machine. The building has outer cladding that resembles intertwined tree branches. It captures air pollutants neutralizes it and releases it back to the atmosphere. The photovoltaic glasses convert solar energy into electrical energy making the building electrically neutral. 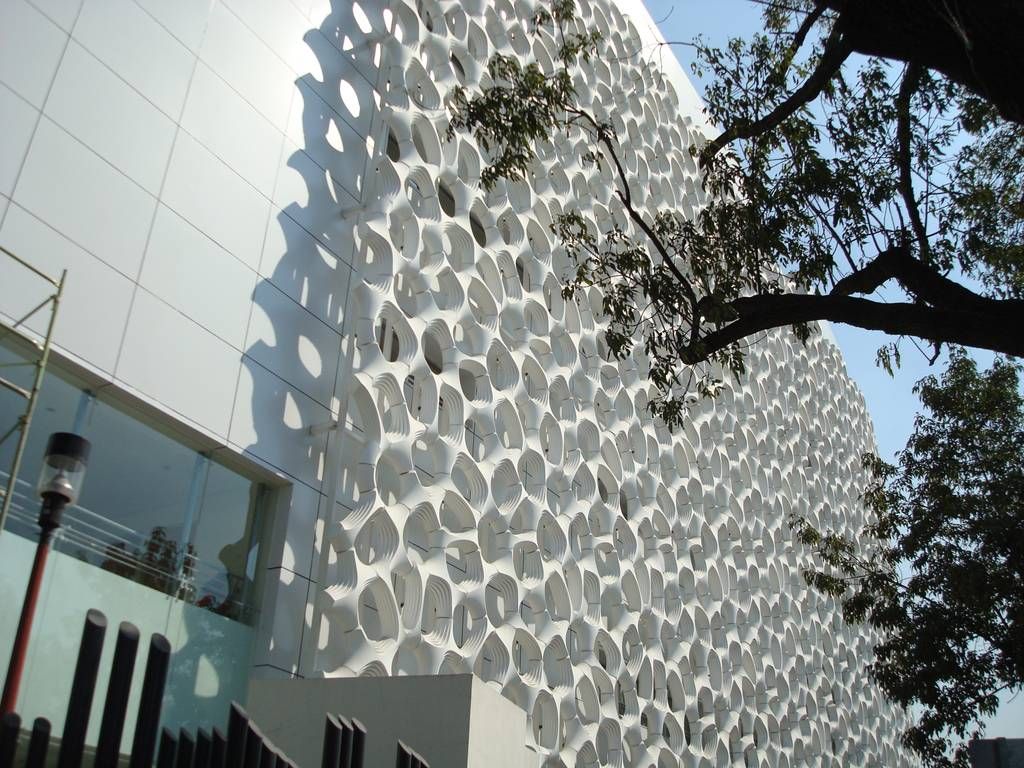 (B)Another implementation is seen in the smoggy Mexico City where a hospital called “Hospital General Doctor Manuel Gea Gonzalez” is shielded by an eye-catching 100-yard long facade made with special tiles that have scrubbing abilities. The structure can counteract the effects of air pollution from 1,000 cars.

Although this idea seems to be logical, the cost of making and installing such smog-eating bricks is too high (10X times the cost of normal concrete). However, if we can develop an economically feasible method for its production then it can become one of the most obvious and technical solutions to deal with growing air pollution levels. Implementation of this idea could serve for mass benefits in the coming years and thus help humans to control air pollution and ensure a bright future for humanity.
WRITTEN BY:Shailesh Patro
119CE0041