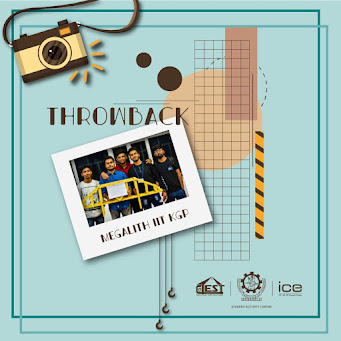 CEST & ICE Club members developed a caliber to attend competitions and fests to help them take live challenges related to the Civil Engineering sphere.  Our club believes in theoretical knowledge's practical application and Megalith is such a fest that demands such exposure.

The fest consists of various Civil-Engineering Based Events, Workshops & Guest Lecture. It also conducts CRP and MIP, giving a chance to develop professional skills among civil engineering students worldwide to share their ideas and learn and cultivate their ideas.  Some of its flagship events are Criar, Civionics, Beat d Euclid, Instridge, and Terramind.

A team of 24 members from the CEST club represented NIT Rourkela in Megalith. Along with participating in the various events and seminars, members also managed to add value to the trip by bagging multiple prizes in various prime events. The sophomore team consisting of Armandev Puhan and Subhrajeet Pattnaik bagged the 1st position in the event Beat d Euclid while another team constituting of Gyan Sagar Dalai and Anshuman Moharana grabbed the third position in the same event. The fest also had fun events along with Stand-up comedy events where famous comedian Piyush Sharma made everyone laugh to the fullest with his puns and jokes.

In the words of Subhra Priyadarshinee, the Team Lead :

"Every year the main highlight of our club is winning various competitions in MEGALITH. We started our preparations from January itself by dividing teams and making plans for all events. However, most of them didn't go as planned due to unforeseen circumstances. We could only take part in on-the-spot events, but that was fun too. Even if almost all of us were mentally unprepared, we still managed to finish most of the projects. It was cool to see so many civil core principles being used to make such kind of structures. The competitions were back to back, so it was a bit tiring as we did not have a concrete strategy, but otherwise, the experience was enjoyable."

In the words of Chaitanya Kumar, a member of the team

"Megalith is genuinely a vibrant fest. The competitions held are tough if dealt with unprepared. One of their flagship events was Criar, where we had to build a truss bridge from scratch. Being an overnight event, it was difficult to cope with tiredness and sleep, but we managed to submit within time. It was awesome at the end to see our bridge withstand the loads. The fun events were engaging, especially the giant Zenga. The standup act by Piyush Sharma was hilarious, filled with puns on the lives of engineers. We had the opportunity to explore the campus and the Tech Market, a place truly made for foodies. The train journey was remarkable, filled with laughter and with seniors recalling their experiences. As a whole, Megalith 2020 remains among one of the most memorable events of my freshie year."

The experience was an enriching one and CEST & ICE Clubs of NITR looks forward to joining more such competitions and fests to bring laurels to the college and enhance experiences for its members overall. 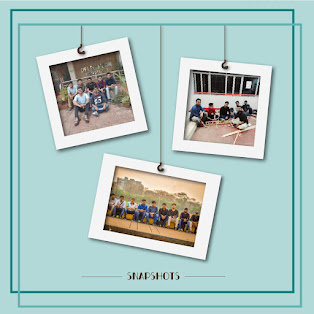